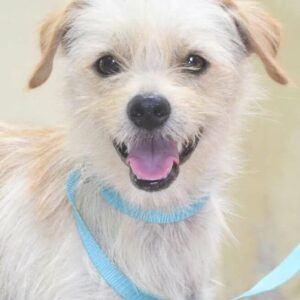 This cute boy is just under a year old and is small at 16lbs. He was a stray and got attacked by a dog. Some good people took him to the vet, but soon realized that he wouldn’t survive on the streets, so he was turned into the Humane Society. He is a bit shy and just wants some love! He is good with people and dogs and is a wee bit unsure of cats, and would prefer to avoid them.
He loves belly rubs and will roll over and wag his tail asking for more.
He was named Taz as he loves to spin in circles when excited!